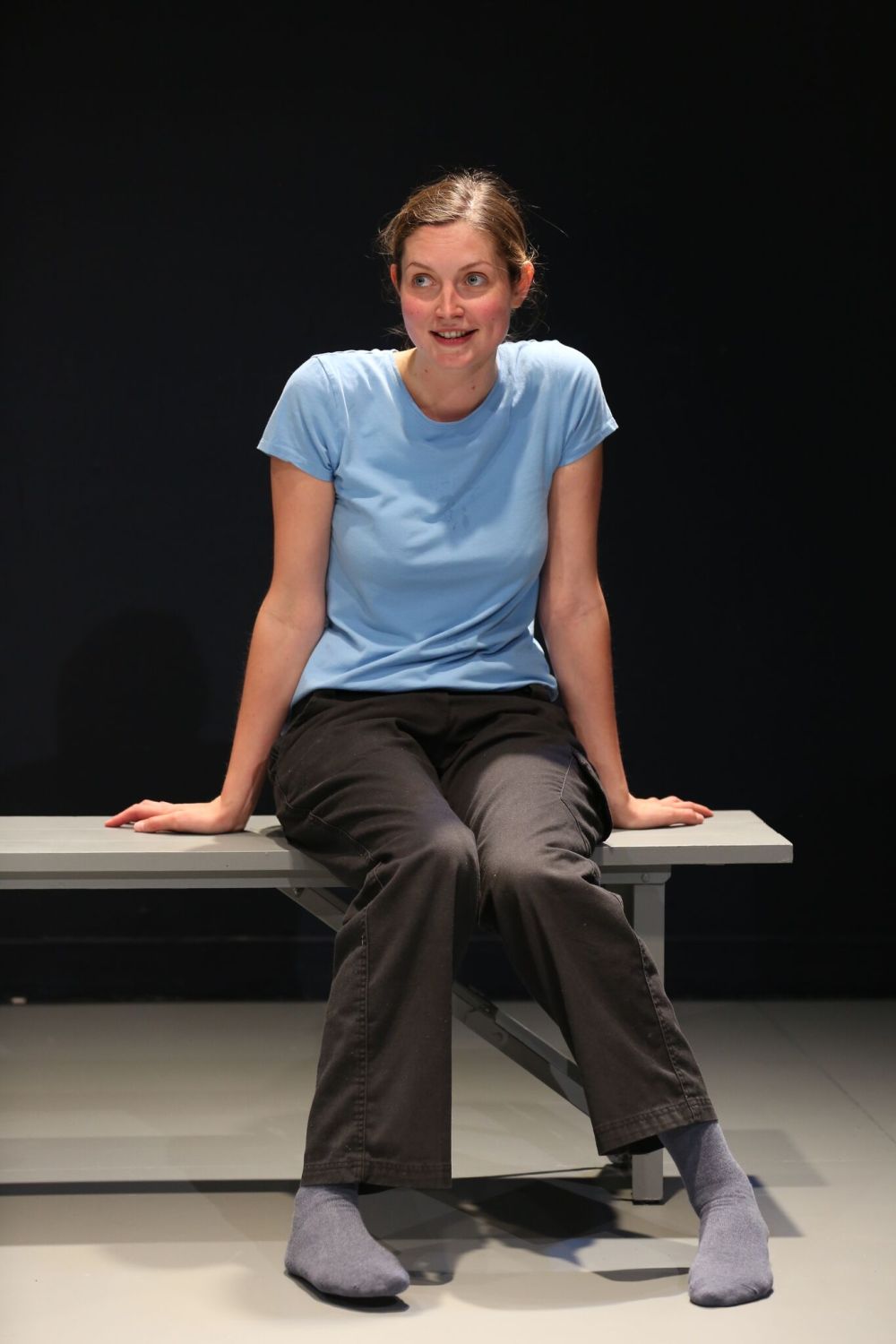 Written and performed by Nicola Wren
Directed by George Chilcott

For a piece that explores grief, loss, and recovery Nicola Wren’s extended monologue is remarkably breezy and charming. Make no mistake, though, Wren hasn’t skimped on her psychological homework. If anything, her light touch and unassuming personality make the show’s catharsis more palpable. As in real life, she doesn’t arrive a breakthrough in one grand deluge of tears, but through the clumsy, exasperating process of sorting out the past and confronting the unknowability of the future.

As the action begins, Wren’s alter ego, a young police officer known only as W, is having a rough time of it. She can’t keep her food down, struggles to prepare for her upcoming sergeant’s exam, and falls violently ill during a routine call.  The problem, as it turns out, isn’t caused by eating dodgy prawns: W has never fully digested the death of her big brother Jamie. Emotions are piqued when W, on the eve of her birthday, receives an unusual package from her mother in Northampton. It contains a cassette tape, recorded by Jamie (voiced by Mark Weinman) but never sent. I was meant for W to listen to on her twelfth birthday, one that Jamie didn’t live long enough to see. The tape contains affectionate well wishes, goofy voices, and a song (“Sit Down” by the Manchester pop band James) of special significance to W and Jamie. It’s not much to go on, but it helps reawaken memories loving, bright, and troubled man her brother truly was, as W repeatedly replays the tape, strange dreams, and odd coincidences begin to occur.  Her police work brings her in contact with others who have lost a loved one to suicide, “Sit Down” comes on the radio, encouraging those “those who feel the breath of sadness” not to give up hope. Even one of her dotty neighbor’s multiple cats seems to be carrying a message for W. As W’s old coping mechanisms come undone, her world becomes a surreal swirl. But being confused also means being open, and when help arrives from an unexpected place, W is ready to accept it.

Weighing in at a lean 60 minutes and composed of brisk, present tense phrases, REPLAY comprises just enough detail to provide a glimpse of the protagonist’s interior life and evoke the thrum of contemporary London. In fact, the script’s only flaw is that Wren provides only sketchy information regarding Jamie’s behavior patterns. W recalls, as a child, hearing her father talk of Jamie’s “good days”, but she seems to have no memory of his bad days. Nor does the adult W, despite her professional training in detection, go about researching clinical depression or gathering clues to help her understand her brother’s world. Nonetheless, W’s inner trajectory gives the endearing Wren, as a performer, plenty to work with. Both as an adult police officer and as her playful childhood self, she vibrates with intelligence and emotional purity. Director George Chilcott, using a three-quarter-round stage to it’s full advantage, giving Wren both room to play and parameters to define the show’s physical and emotional space.