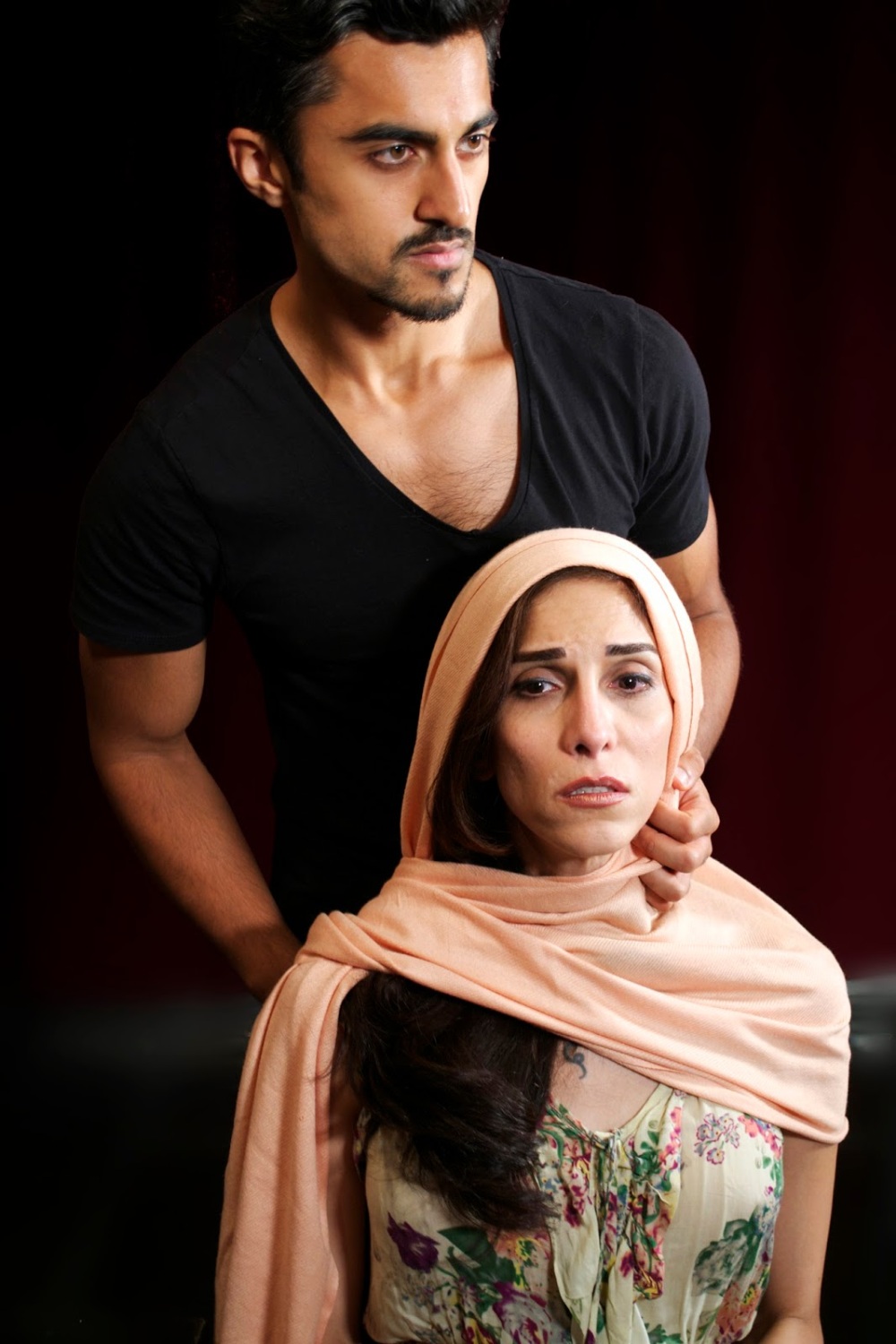 Written and directed by Dewey Moss

Although it’s now common knowledge that homosexuality is punishable by death in Iran, the American media hasn’t delved deeply into the root causes or social repercussions of this atrocious policy. In an insightful, if uneven new drama, playwright-director Dewey Moss sheds light on the human cost of intolerance and the struggles of persecuted gay Iranians to assert their identities and reconcile their relationships with family, religion and culture.

Attractive, intelligent Samantha (Pooya Mohseni), has fled her home county to seek a better life and in New York. Her boyfriend James (George Faya), is a U.S. Army veteran trying to get on with his life after the trauma of war. He’s crazy about Samantha, but feels puzzled by her cagy responses to his questions about her past and her plans for the future. While James is out buying wine, Samantha gets a visit from the last person she expects: her brother Cas (Gopal Divan). Sinister and volatile, Cas insists that Samantha should give up her American dreams and come back home where she belongs. When she resists, Cas ruthlessly ratchets up his tactics. James intervenes before anything dire can happen. But after witnessing Cas’s strange behavior and murky allusions to the past, James is ready for some real answers. The truth turns out to be much darker and more complicated than he could have imagined, and the true identity of his beloved “Samantha” is not what he assumed.

The well-cast actors give committed performances, and Moss navigates the play’s real-time framework skillfully. The middle section of the play, however, proves a bit problematic. Both script-wise and directorially, the menacing Cas comes across as an over-the-top, “crusader”-blaming villain. Divan has a strong stage presence and is certainly capable of playing the subtext if Moss would allow to do so. Instead there is far too much screaming and jittering where coiled menace would have been more effective. Still, it’s impossible not to be moved by the story of the life Samantha left behind, the unfinished business that continues to haunt her, and of the plight of those who fared less fortunately. With a little tweaking, DEATH OF THE PERSIAN PRINCE could be as theatrically satisfying as it is socially relevant.