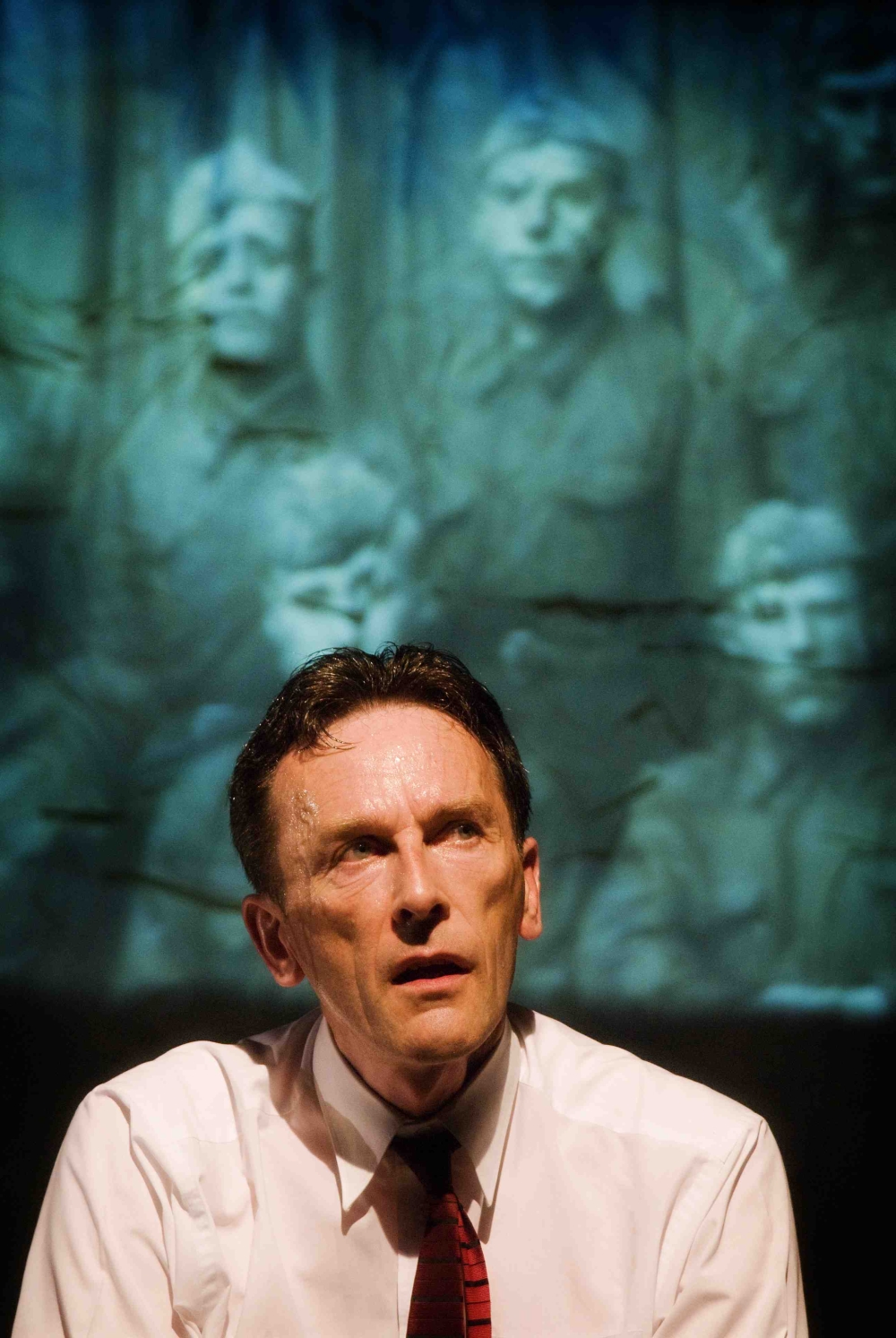 Blending the historical with the deeply personal, writer-performer Matthew Zajac paints a loving, though not sanitized or sentimental, portrait of the man who raised him and of the long shadow cast by the history.

The plays begins in an idyllic riverside Scottish town, where Matthias Zajac, Matthew’s father, putters his around his tailor shop recounting memories of long-ago world trampled by tyranny and plagued by sectarian conflict. In a rural town in Galicia, Matthias enjoy growing up amongst villagers who get along regardless of religion and ethnicity. In the 1940’s occupation by warring European powers puts and end to this harmony. Matthias is interred in a Soviet prison camp, then freed when German troupes invade from the West. Like many of his countrymen, Matthias flees, hopping freight trains and living on whatever he can steal. His remarkable journey takes him to Uzbekistan, Tehran and Egypt, where he joins the British Army. His service in the North African and Italian campaigns ingratiates him to the British, and he immigrates to Scotland. Matthias thrives in Inverness, but remains inwardly haunted by the world he left behind. The Jews with whom he went to school and as a child and worked as a young tailor are murdered in the Holocaust. Sectarian hatreds between Poles and Ukrainians are kindled by the war, resulting in massive bloodshed. Order is eventually restored by Soviet rule, but at tremendous cost any sense of personal freedom. There is no point in ever going home again.

The story shifts to Matthew, who is grateful for a privileged childhood and describes Matthias as a wonderful father. Yet he, like all children of survivors, carries the burden of unanswered questions. After his father’s death, Matthew begins to piece together his own version of events. Official documents corroborate some of Matthias’s accounts. But there is more – startlingly so – to this story, as Matthew discovers during a life-changing visit to his father’s old home town.

Zajac’s uncompromising truth-seeking extends to the performance itself, in which every detail has clearly been faithfully recreated. Matthias’ body language and mannerisms radiate pride in his accomplishments despite the stooped posture acquired through years spent at a sewing machine. His unusual accent blends Scottish brogue with Eastern European inflections. Aided by Aidan O’Rourke’s solo violin, Zajac carries the audience easily through the story’s many twists and changes of location. The tailor’s tale, for all its half-truths and obfuscations, is a compelling one. And the son’s search for his roots – and for a sense of his own true identity – is even more so.